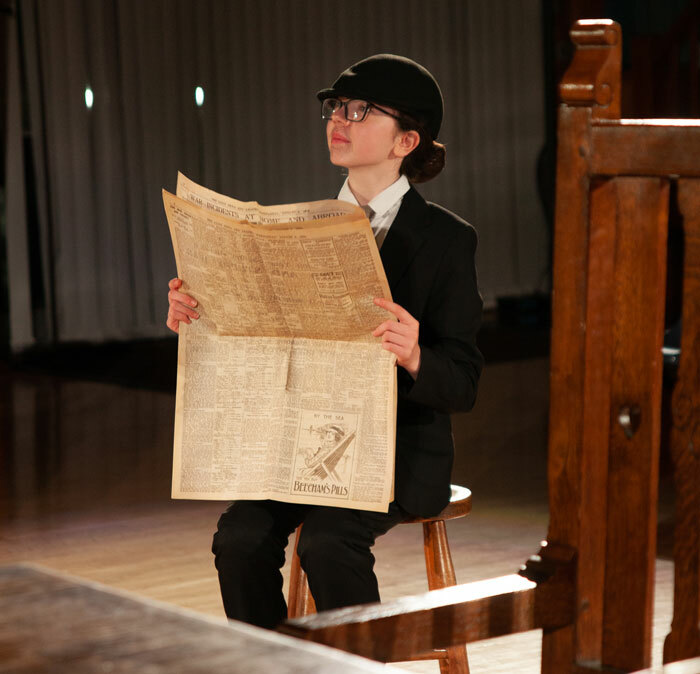 At the end of last term we were delighted to be able to return to a full-scale drama production with a marvellous collection of Noël Coward one-acts. A much needed series of three, light-hearted comedies, these plays showcased the full, glorious range of Coward's writing.

Directors’ Note
It’s been a long, winding road from our last major production at St Margaret’s two whole years ago with the musical, Oliver! back in December 2019. Whilst the Drama Department has been kept busy with smaller productions, including Myth-o-logues in July and The Trial in November, we were delighted to be able to return to a full-scale annual drama  production.

We would like to pay credit to the numerous pupils that were involved with the production for how hard they worked in rehearsals, learning lines, building their characters, and exploring a challenging piece of period drama. Without their hard work and dedication, the production would not have been possible.

Star Chamber
A meeting takes place of the management committee of a theatrical charity, the "Garrick Haven Fund", to benefit a retirement home for destitute actresses. Much to the despair of the Fund’s Secretary, the extraverted personalities of the star-studded committee may just get in the way of anything being officially passed.

Family Album
Just back from their father's funeral, the Featherway children cannot pull long faces nor feign regret. In an attempt to reconcile their feelings about their less-than-kind father, they reconnect with their childhoods, each other, and their kindly family butler.

Ways and Means
In a bedroom in Mrs. Lloyd Ransome's fabulous villa on the Cote d'Azur are heiress Stella Cartwright and her husband, Toby, a gambler. They are plagued by debts and their prolonged stay at the villa is becoming embarrassing when a scandalous chauffeur may just provide a means for them to save their honour.