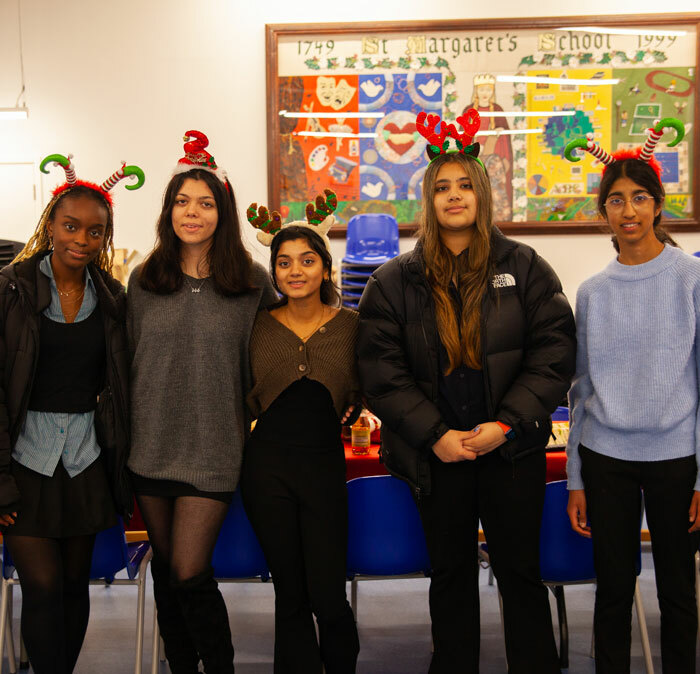 Last month St Margaret’s Sixth Form students held a Christmas tea party for Afghan children. After hearing an MP speak  about the refugees currently living locally during the weekly academic speaker programme, and learning more about the circumstances that forced them to leave their homes in Afghanistan, a number of pupils felt compelled to find a way to welcome those affected. St Margaret’s charity representative, Darshni, came up with the idea of a student-led tea party.

Around 28 Afghan children aged between 3 and 14 were invited with their parents to an afternoon of traditional tea party food, games and crafts. Recognising cultural and language differences, students and teachers all joined in with demonstrating games such as the egg and spoon race, musical chairs and balloon popping, before the children took part. Goodie bags to take home were filled with donations of coats, hats, chocolate and books.

One parent who had been in the UK for 4 months told us how important it was for her children to be able to focus on their education now they were more settled here.

We are delighted to have been able to hold an event like this and hope to run more in the future. We would like to thank all those that donated gifts, alongside the students and teachers that organised the event.